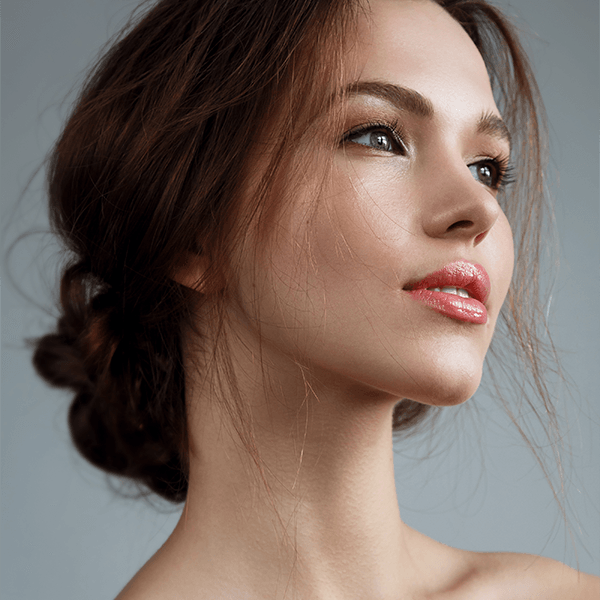 You can achieve a more symmetrical chin appearance with chin aesthetics, aesthetic chin surgery and chin prosthesis. If you have a pointed chin, you may read the rest of the article for your questions. This procedure, which is also called profiloplasty, is often performed in combination with nose surgeries. When performing rhinoplasty on individuals, whose chin is less pointed compared to their nose in their profile appearance, the proportionality of the nose, chin and cheek on the face is ensured by placing a prosthesis on the chin tip.

Since the chin prosthesis also stretches the skin on the neck, the jowl appearance of the patients also improves. In other words, both the chin tip comes to the desired position, and the neck and jowl are stretched. In patients with chin tips behind compared to the normal, the implant of the size determined during the previous consultation is placed under local anesthesia through a small incision made inside the mouth or under the chin. This procedure does not require hospitalization. There may be a slight swelling in the chin area, which will disappear within a few days. The patient can return to normal life in 3-7 days. It leaves no scars, and it does not require hospitalization. In patients whose chin length is a little further than normal, the chin bone is reduced through the incision made inside the mouth. This procedure heals a little later compared to the other procedure; the patient can return to work within one week. It can be performed together with “Cheekbone Aesthetics”, “Nose Aesthetics” and/or Endoscopic Facelift surgeries. These surgical procedures have recently gained popularity among the public. They are simple, safe, painless and easy procedures that provide serious improvement and rejuvenation in facial aesthetics.