Changes such as wrinkles, bags, sagging and swelling that occurs in the eyelids over time cause people to look sad, tired and older than they actually are.

Which Changes Occur in the Eyelids and Why?

Eyelids consist of skin, muscle and fat layers from the outside to the inside. With the effect of environmental factors such as genetic factors, age and sunlight, the skin of the eyelid loses its elasticity and sags. The muscle layer under the skin also loosens and begins to fall and sag with the effect of gravity. Fat pads, which are in the deeper plane and normally add a full and lively appearance to the eyelids, also begin to herniate forward. Accordingly, sagging and bagging occurs on the eyelids. If the eyebrows are sagging, the excess skin on the upper eyelids becomes more evident. The make-up applied to the eyelid disappears under the folding excess skin. In advanced cases, the excess in the upper eyelid may reach an extent that impairs sight. 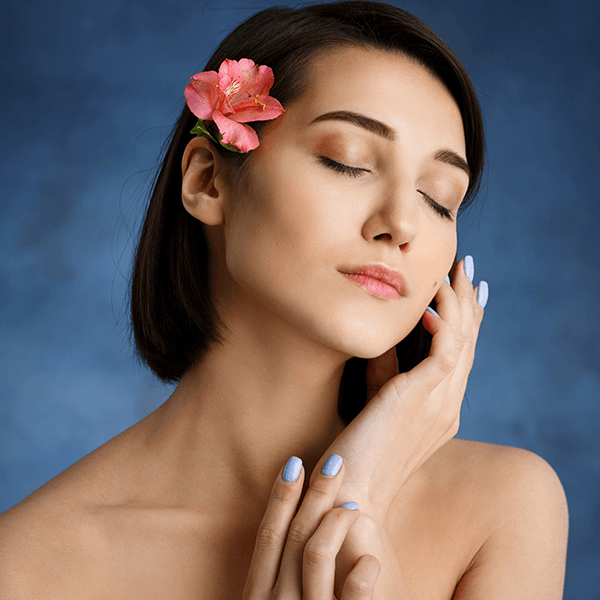 The age of surgery is usually over the age of 30 surgery can be performed at any age, depending on the deformity of the eyelids.

In order to avoid bleeding complications during or after surgery, the use of aspirin, vitamin E, some painkillers or herbal preparations that reduce blood clotting should be discontinued at least 10 days before the surgery. A balanced diet can be followed, and it is best not to use drugs or dietary supplements. Those with high blood pressure should have their blood pressure taken under control with medications.

– The surgical procedure should be performed under hospital conditions, accompanied by an anesthesiologist.
– It can be performed only with local anesthesia and IV sedation (intravenous sedative) administered to the eyelids, as well as under general anesthesia. You can go home on the same day.
– The upper eyelid or lower eyelid can be operated alone, or 4 eyelids can be operated simultaneously.

Excess skin to be removed from the upper eyelid is marked while the patient is standing before surgery. The incision is planned to coincide with the natural fold of the eyelid that occurs when the eye is open. In the lower eyelid, the incision is made 1-2 mm below the eyelashes and coincides with the natural folds of the skin. In some cases where the eyelid skin is not too loose, only the fat bag can be removed by making an incision through the eyelid. The surgery technique is not standard; different techniques can be used depending on the current problem and the preference of the surgeon. At the end of the surgery, the incisions are treated with the help of sutures. Especially lower eyelid surgery requires more experience. The lower eyelid loosens in advanced ages, and it may turn outward and downward (ectropion) if sufficient tightening is not performed during the surgery. Blepharoplasty surgery is a very technical procedure, and it has a low margin of error. This surgery should be performed by plastic surgeons, who have been trained for years. In some cases, such as the hollowed eyes, the bones surrounding the eye can be intervened, and the bones can be shaved or supported. Again, fat support may be required for the eyelids. Upper eyelid aesthetic surgery is most often combined with brow lift surgery. The result to be obtained around the eyes is much more ideal and pleasing. The duration of the procedure is 1-2 hours, depending on the procedure to be performed.

Edema and bruising may occur on the eyelids. Cold compress and sleeping on a high pillow are recommended.
No severe pain is experienced after the surgery. If there is severe pain, it may be a sign of bleeding. The surgeon should be informed.
There may be tearing, feeling of burn and dryness in the eyes. Eyelids may remain slightly open; it is expected to improve as edema regresses.
Stitches are completely removed in 3-5 days.
After a week, the patient can return to work; however, it may take 3-4 weeks for the minimal edema on the eyelids to completely regress.
Contact lenses can be used after one week.
Surgical scars can be hidden with make-up in the first weeks. The scars, which are pink in the first weeks, usually fade over the months, and they become thin and skin-colored, without attracting any attention.
One of the most important complications after surgery is the accumulation of blood on the eyelids (hematoma).

In order to avoid bleeding,